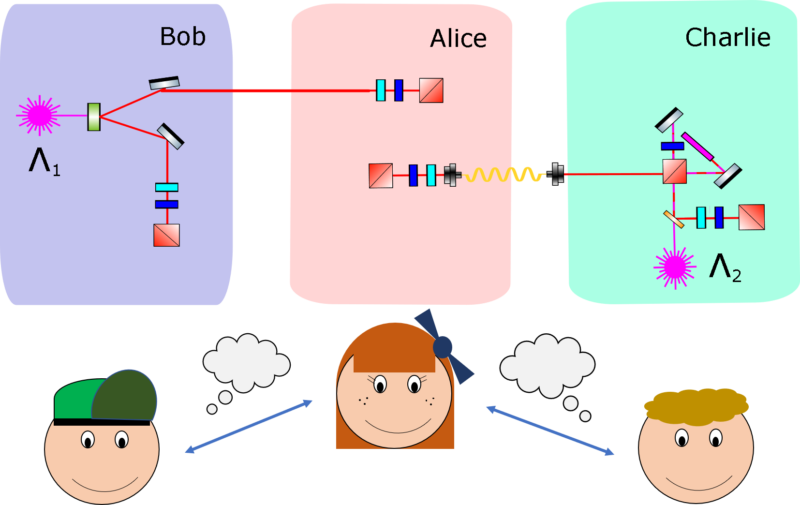 Self-testing is a method of quantum state and measurement estimation that does not rely on assumptions about the inner working of the used devices. Its experimental realization has been limited to sources producing single quantum states so far. In this work, we experimentally implement two significant building blocks of a quantum network involving two independent sources, i.e. a parallel configuration in which two parties share two copies of a state, and a tripartite configuration where a central node shares two independent states with peripheral nodes. Then, by extending previous self-testing techniques we provide device-independent lower bounds on the fidelity between the generated states and an ideal state made by the tensor product of two maximally entangled two-qubit states. Given its scalability and versatility, this technique can find application in the certification of larger networks of different topologies, for quantum communication and cryptography tasks and randomness generation protocols.