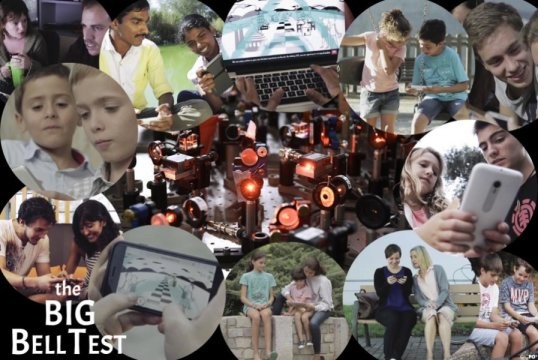 On November 30th, 2016, more than 100,000 people around the world contributed to a suite of first-of-a-kind quantum physics experiments known as The BIG Bell Test. Using smartphones and other internet-connected devices, participants contributed unpredictable bits, which determined how entangled atoms, photons, and superconducting devices were measured in twelve laboratories around the world. Scientists used … Continua a leggere