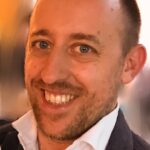 Fabio Sciarrino is Full Professor at the Physics Department of the University of Rome La Sapienza and Senior Research Fellow at the International School for Advanced Studies Sapienza, SSAS. He is Principal Investigator of the Quantum Information Lab, Department of Physics, Sapienza University of Rome (www.quantumlab.it). His main expertise is experimental quantum optics, computation and quantum information, and foundations of quantum mechanics. In recent years his research activity has focused on the implementation of quantum information protocols via integrated photonic circuits, with particular interest for Boson Sampling, a non-universal computational model with promising characteristics to achieve the quantum supremacy regime.

In 2012 he was awarded an ERC-Starting Grant Consolidator funded by the European Research Council for his project on integrated quantum photonics (3D-QUEST) and later in 2015 of the ERC-Proof of Concept 3D-COUNT. He was European coordinator of the Marie Curie Network PICQUE project (Photonic Integrated Compound Quantum Encoding: www.picque.eu) of the Future and Emerging Technologies project QUCHIP (Photonics Quantum Simulator on a Chip: www.quchip.eu). He has received several awards, including the “Le Scienze per la Fisica” Medal together with the “Medal of the Presidency of the Republic” and the “Sapio Junior Award for Italian Research” (http://www.premiosapio.it/). In 2015 and in 2016 he was selected by the World Economic Forum as an Awarded Young Scientist to attend the Annual Meeting of the New Champions “Summer Davos” in China along with 40 other scientists from all over the world. He is author of more than 150 publications in international journals (with more than 25 publications on Nature and Science journals) and over 150 invited presentations to national and international conferences. He teaches the Optical Laboratory (3rd year Bachelor’s Degree in Physics) and Quantum Information (2nd year Master’s Degree in Physics). He is currently coordinator of the European FET Open Project PHOQUSING  and has been awarded as principal investigator of ERC (European Research Council) Advanced Grant QU-BOSS