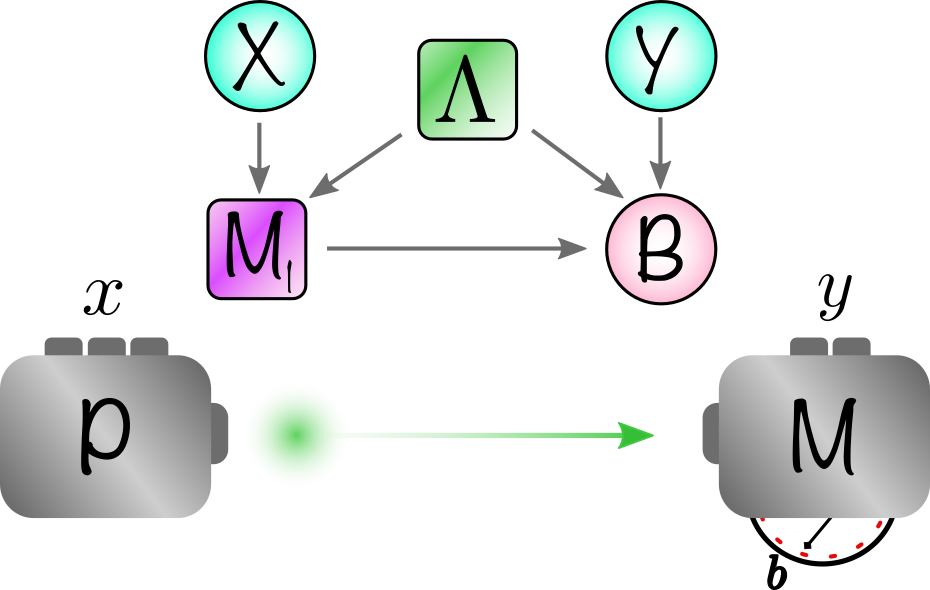 Quantum communication networks involving the preparation, sharing, and measurement of quantum states are ubiquitous in quantum information. Of particular relevance within this context is to understand under which conditions a given quantum resource can give rise to correlations incompatible with a classical explanation. Here we consider the so-called prepare-and-measure scenario, in which a quantum or classical message with bounded dimension is transmitted between two parties. In this scenario we derive criteria witnessing whether a set of quantum states can lead or not to nonclassical correlations. Based on that, we show that quantum resources that can only give rise to classical correlations in the simplest prepare-and-measure scenario can have their nonclassicality witnessed if we increase the number of preparations or measurements.