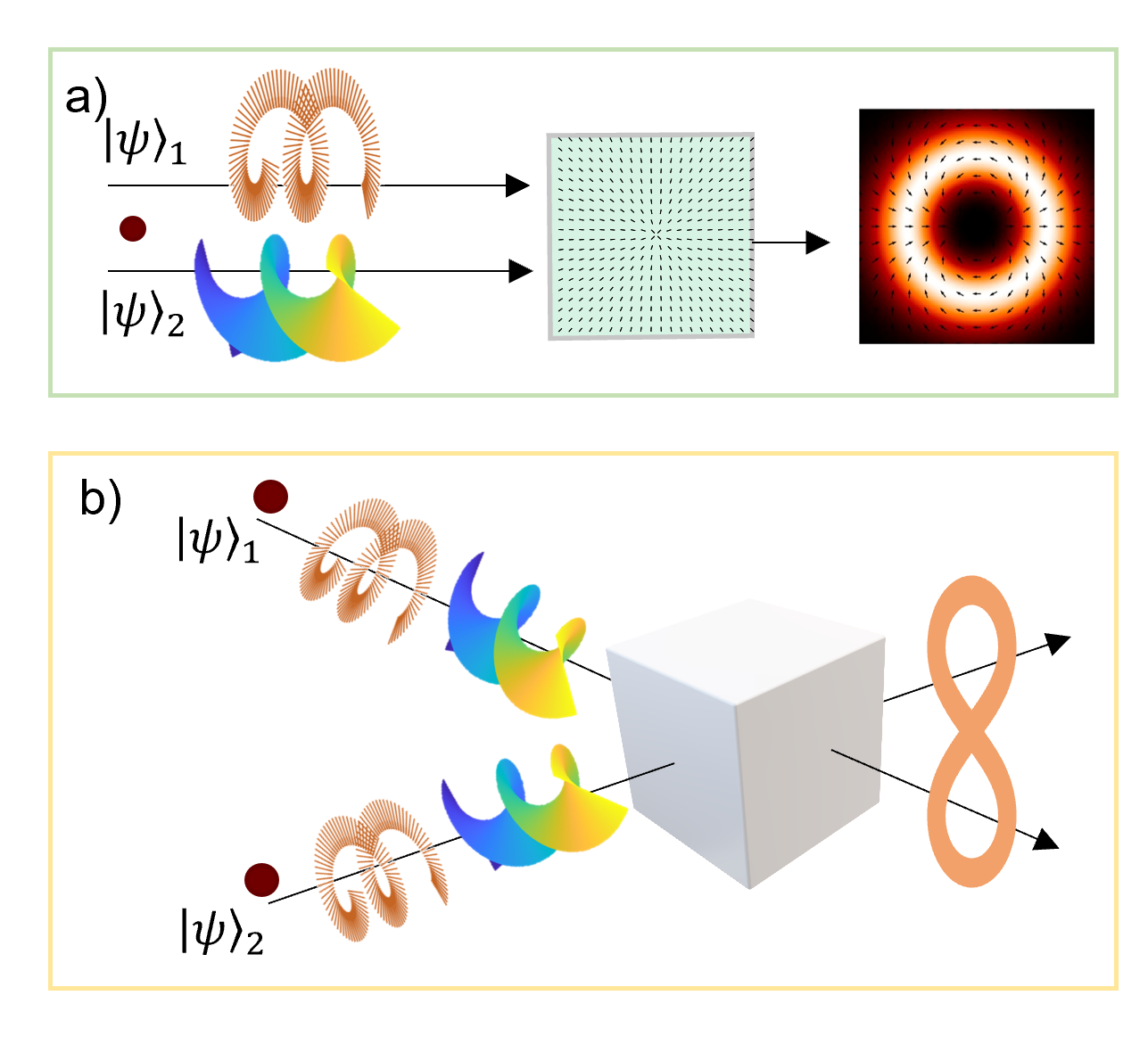 Engineering single-photon states endowed with Orbital Angular Momentum (OAM) is a powerful tool for quantum information photonic implementations. Indeed, thanks to its unbounded nature, OAM is suitable to encode qudits allowing a single carrier to transport a large amount of information. Nowadays, most of the experimental platforms use nonlinear crystals to generate single photons through Spontaneous Parametric Down Conversion processes, even if this kind of approach is intrinsically probabilistic leading to scalability issues for increasing number of qudits. Semiconductors Quantum Dots (QDs) have been used to get over these limitations being able to produce on demand pure and indistinguishable single-photon states, although only recently they were exploited to create OAM modes. Our work employs a bright QD single-photon source to generate a complete set of quantum states for information processing with OAM endowed photons. We first study the hybrid intra-particle entanglement between the OAM and the polarization degree of freedom of a single-photon. We certify the preparation of such a type of qudit states by means of the Hong-Ou-Mandel effect visibility which furnishes the pairwise overlap between consecutive OAM-encoded photons. Then, we investigate the hybrid inter-particle entanglement, by exploiting a probabilistic two qudit OAM-based entangling gate. The performances of our entanglement generation approach are assessed performing high dimensional quantum state tomography and violating Bell inequalities. Our results pave the way toward the use of deterministic sources (QDs) for the on demand generation of photonic quantum states in high dimensional Hilbert spaces.