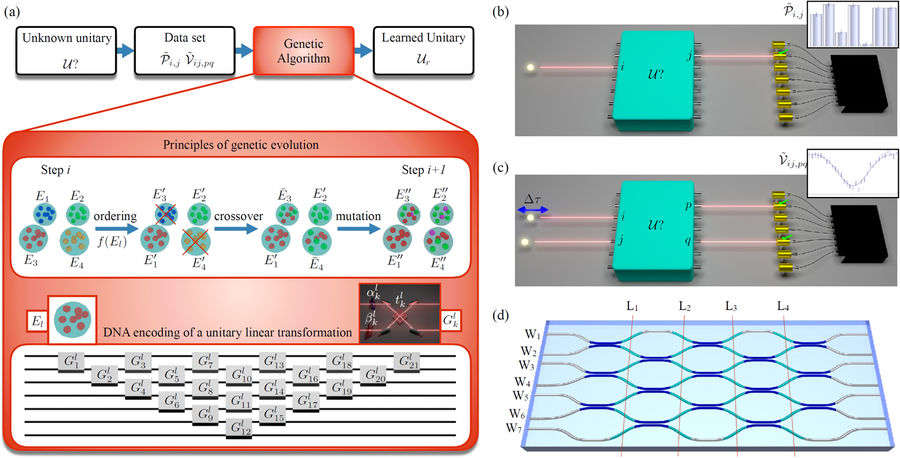 Recent developments in integrated photonics technology are opening the way to the fabrication of complex linear optical interferometers. The application of this platform is ubiquitous in quantum information science, from quantum simulation to quantum metrology, including the quest for quantum supremacy via the boson sampling problem. Within these contexts, the capability to learn efficiently the unitary operation of the implemented interferometers becomes a crucial requirement. In this letter we develop a reconstruction algorithm based on a genetic approach, which can be adopted as a tool to characterize an unknown linear optical network. We report an experimental test of the described method by performing the reconstruction of a 7-mode interferometer implemented via the femtosecond laser writing technique. Further applications of genetic approaches can be found in other contexts, such as quantum metrology or learning unknown general Hamiltonian evolutions.