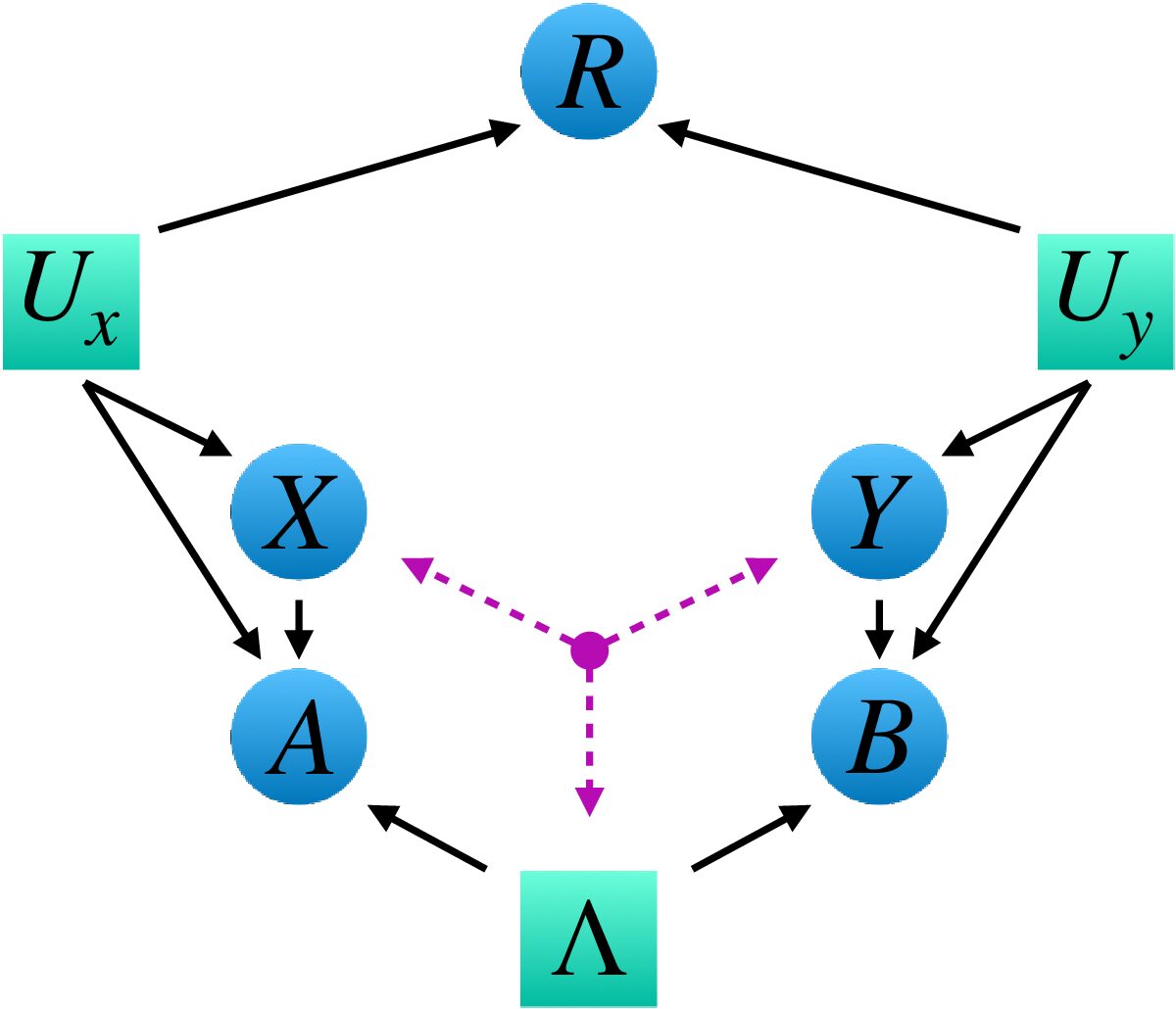 Bell’s theorem is typically understood as the proof that quantum theory is incompatible with local hidden variable models. More generally, the violation of a Bell inequality can be seen as witnessing the impossibility of explaining quantum correlations with classical notion of causality. The violation of a Bell inequality, however, does not exclude that some level of measurement dependence is allowed, that is, the choice made by observers can be correlated with the source generating the systems to be measured. In this article it is shown that the level of measurement dependence can be quantified if we arrange the Bell test within a larger network. Furthermore, It is also proved that these results can be adapted in order to derive non-linear Bell inequalities for a large class of causal networks and to identify the quantum realizations which violate them.